CMH Heli-Skiing operates in the remote Columbia Mountains, British Columbia, Canada for a good reason: powder is available throughout the winter. The average yearly snowfall in the mountains can reach 7–8 meters.

Arc´teryx and Atomic have established a long-lasting partnership with CMH Heli-Skiing & Summer Adventures. For them, the Columbia Mountains serve as the ideal testing environment. The collaboration with CMH has supported the evolution of Arc’teryx skiing line, and Atomic has developed many ski prototypes together with the CMH guides.

“The people at Atomic and Arc’teryx are very innovative ski and ski gear engineers. They are constantly requesting feedback from the CMH guiding team on how their gear is performing, and striving to improve the products based on that feedback,” says Andy Anderson, CMH Retail Services Manager.

Today, all CMH guides use the very visible yellow-orange Arc’teryx Heli Guide jacket in their daily work.  The story of the jacket began as an idea of a guide´s toolbox in 2007.

Andy Anderson and Bob Krysak from CMH, and Ryan Letchford and John Irvine from Arc’teryx started to discuss whether Arc’teryx could provide the CMH customers, guides and staff products to protect them from the elements in the Canadian winter mountain environment.

The discussion quickly shifted to focus on designing a new guide suit. 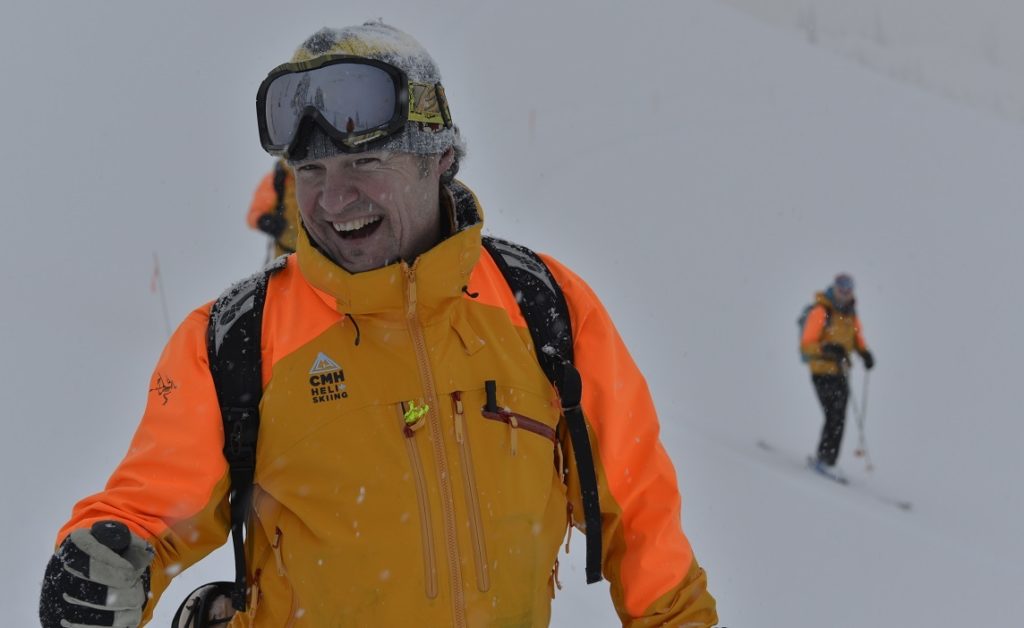 “We started with an idea of a guide´s toolbox ­incorporating all the elements and features our guides need in their daily job. Then Arc’teryx started to design the first round of prototypes of what would become our Heli Guide jacket,” recalls Andy Anderson.

The most critical feature of the jacket was the radio pocket. Also, chest, hand and interior pockets, pit zips and a powder skirt made up the total toolbox. The design fused CMH´s requirements with new technologies that Arc’teryx brought to market at that time. The fabrics were made by Gore-Tex – also a long-time partner of Arc’teryx.

The result soon became iconic. It was used as a platform when Arc’teryx designed other products for powder and heli-skiing.

“The original toolbox platform has not changed significantly over the years. This proves that the original design was, and still is, a functioning one and it fills the needs of the guides,” says John Irvine.

The original yellow/orange coloring has remained the same for a good reason.

“We needed something that would stand out for high visibility and as a guide identifier. We chose the yellow, and then the design team found the fluorescent orange fabric that became the shoulder treatment. That element provides real visibility, especially for the heli pilots as they approach the landing area where the guide is waiting with a group of skiers. It stands out in the rotor wash, and also in shadows or when it is darker, for guests looking downslope for the guide.”

The Heli Guide jacket protects the guides against the wind, cold and, eventually, heavy snowfall.

Unlike many other jackets designed for mountain guides, the CMH guide jacket has a collar.

“We agonized over that but, thanks to the skill of our design team and prototype sewers, we soon came up with the integrated stow-hood in an extra high collar. The goal was to keep snow out while skiing and under the rotor wash while offering a hood if needed. Small additions such as the black soft touch fabric on the inside provided comfort against the chin and along the jawline,” Irvine says.

Herbert Buchsteiner, Business Unit Director for alpine skis and bindings at Atomic, is happy with the co-operation with CMH.

“In product development, CMH guides have given us exact, experience-based feedback. For example, they can say that a certain ski would float better if we added a little bit more rocker to the tip.”

The shared history of CMH and Atomic dates back to 1991. In those days, all skiers used skinny, stiff and long skis. Only the most skilled and experienced skiers could master deep powder with confidence.

Inspired by Atomic’s racing snowboards of the late 1980s, Rupert “Killy” Huber, Head of R&D and Racing at Atomic, started to sketch a new type of powder skis.

Huber took a 180 cm long and 300 mm wide racing snowboard and started to cut out different shapes for a possible powder ski. The prototypes had no steel edges nor a sidewall.

Based on the best shape he found in the tests in Altenmarkt, Huber built the first actual prototypes of a modern powder ski and called it “Fat Boy.”

A year later, in 1989, two friends of Huber went to Canada for heli-skiing. Huber gave them Fat Boys for testing.

“They loved the skiing experience with these new wide-bodied powder skis,” tells Buchsteiner. “On the second day of the week, all the other skiers wanted to try the skis because those two guys from Austria with the strange skis skied way better than they did.” 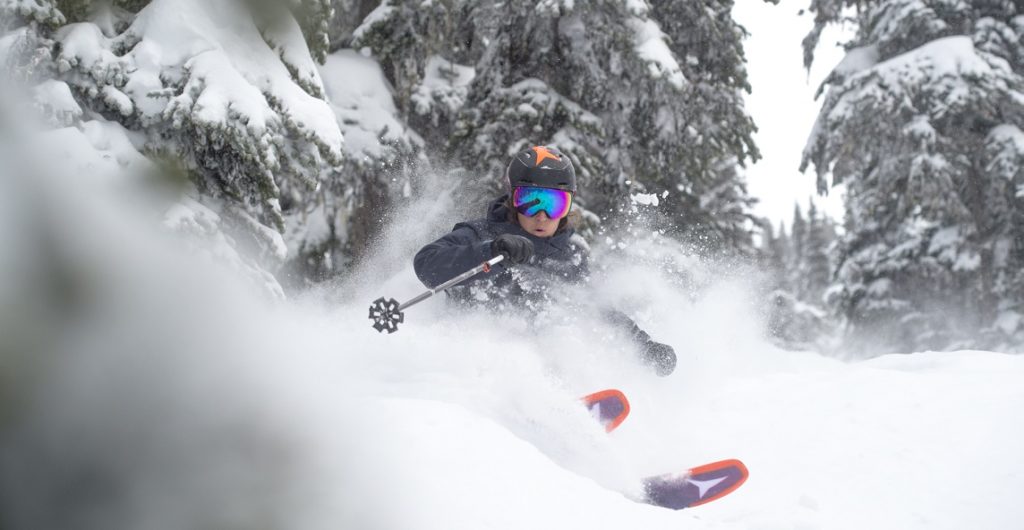 In 1991, CMH purchased the first Fat Boy skis. They were a real game changer for the whole business.

“Suddenly, people had skis they could use all day long. Skiing was effortless and more fun than ever before. The business grew.”

In 1993, Atomic had already produced roughly 5,000 pairs of powder skis. At that time, virtually all Canadian heli-ski operators had switched to Fat Boys or newer Heli Guide powder skis.

In 1999, Atomic came out with the 99 mm wide Heli Daddy, which proved to be a robust all-around powder tool. In 2009, the CMH team went to Austria to sketch the next great powder ski. The result of the brainstorming was Atomic Heli Pro, a high-performance powder ski whose features were used in the design of Atomic’s Access line of skis.

What would be the next step?

“We are working on very lightweight new products. They are very agile in powder and tree skiing, and interesting for heli-operators as well. Less weight means less fuel consumption,” says Buchsteiner.