Kilian Jornet and Judith Wyder are the 2019 Golden Trail World Series (GTWS) champions after winning the Grand Final race at the Annapurna Trail Marathon on Friday in Nepal. 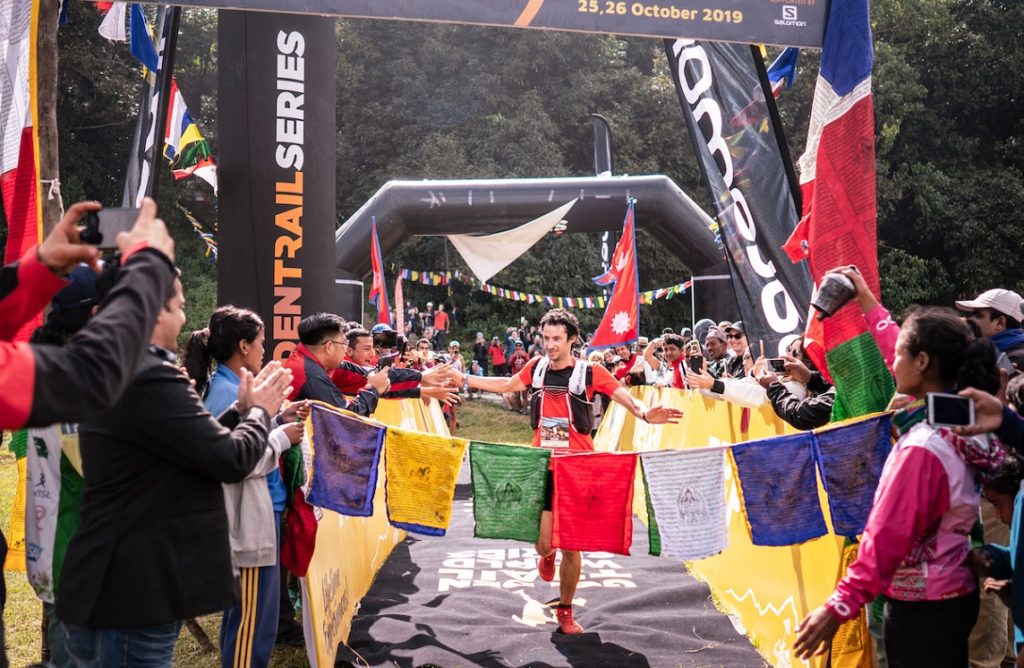 In the women’s race, Wyder (Team Salomon) bested Italy’s Silvia Rampazzo (Team Tornado) in a time of 5:42:03. The victory was Wyder’s third of the GTWS season.

The top-10 men and women in the overall points standings after the first six races of the year earned a trip to Nepal and a place in the Annapurna Trail Marathon, which included 3,560 meters of elevation gain and climbed to 3,753 meters. The overall final standings of the GTWS were determined by the runners’ three best finishes during the season, plus their result at the Grand Final.

In the men’s race, Magnini managed to keep pace with his running idol for half the race, but the 22-year-old eventually faded to second, securing the 2nd place in the season-long standings as well. Jornet had not run a race since winning at Pikes Peak in August. He spent parts of September and October on a Himalayan adventure and family vacation, part of which included an ascent to more than 8,000 meters on Mount Everest.

“I am really happy to finish the season in this way, with four races and four victories”, Jornet said. “It was a hard, demanding race, but also beautiful, as the landscape was constantly changing, combining sections of forest, woodland and high mountain. My great unknown was how I would feel after the expedition. I had been away from running for a month, but in the end my legs responded well, and the altitude didn’t bother me.”

In the women’s race, it looked to be a three-woman race coming in, with Wyder, fellow Swiss Maude Mathys (Team Salomon) and New Zealand’s Ruth Croft (Team Scott) a cut above the pack for most of the season. Wyder, a former orienteering star, won at both the Dolomyths Run and the Ring of Steall in record time this season. She was also 2nd at Sierre-Zinal. Together, Mathys and Wyder had broken course records at every race they ran in the GTWS.

On Friday, Wyder was just too fast. Her third victory of the 2019 GTWS delivered her the overall series title. It was the longest race that Wyder has ever run.