The idea of a ‘World Oceans Day‘, a day dedicated to the celebration of the oceans, first emerged in 1992 at the Earth Summit – United Nations conference on Environment and Development in Rio de Janeiro, Brazil. The purpose of it was to sensitize the general public to the crucial role oceans play in our livelihood and to the different ways to protect them. On December 5, 2008, the United Nations General Assembly proclaimed June 8 as the World Oceans Day.

According to the United Nations, the purpose of the World Oceans Day is to inform the public of the impact of human actions on the ocean, develop a worldwide movement of citizens for the ocean, and mobilize and unite the world’s population on a project for the sustainable management of the world’s oceans.

Suunto celebrated the World Oceans Day 2019 with commitment and actions across social media and around the office.

”Celebrating World Oceans Day is a natural part of Suunto’s responsibility work. It is a way to remind our community and furthermore ourselves what the oceans mean for us. This way we can also be part of the global movement showing their commitment to the ocean wellbeing”, said Erika Rautavaara, Sustainability Manager at Suunto.

Shared experiences are often powerful and bond people together. At Suunto Vantaa office, employees gathered to watch the video “This is the future” as well as a documentary about the Suunto ambassador and freediving world champion William Trubridge swimming across the Cook Strait to save dolphins in February this year. The short version of the documentary will be published on Suunto’s social channels June 19, followed by a longer version exclusively on EDGESport content platform including online, TV and social.

The video emphasizes a story with a twisted divers tale challenging the viewer to recognize the hope for a turning point. Despite released on the World Oceans Day, it remains highly relevant throughout the year with its message raising the awareness on a topic that is close to everyone, especially divers and highlights Suunto’s contribution and support to the Mission 2020. The video was shared in Suunto’s social media channels with great feedback from the community. Watch the video here.

On Tuesday, May 7, and Friday, June 7, the staff from the Suunto Vantaa office set out to collect garbage around the building.

“We had done one garbage cleaning a month ago, so this time there was less waste in the close premises. However, we didn´t have to go far to find saddening amount of garbage in a ditch”, said Rautavaara.

“Obviously, protecting the oceans and the nature should be in the focus every day all year round. We´ve started to do these garbage cleanings twice a year at least, thanks to a colleague´s initiative. We know that this will not save the world but should send a message that we can still make a difference in our close by environment with our own actions.” 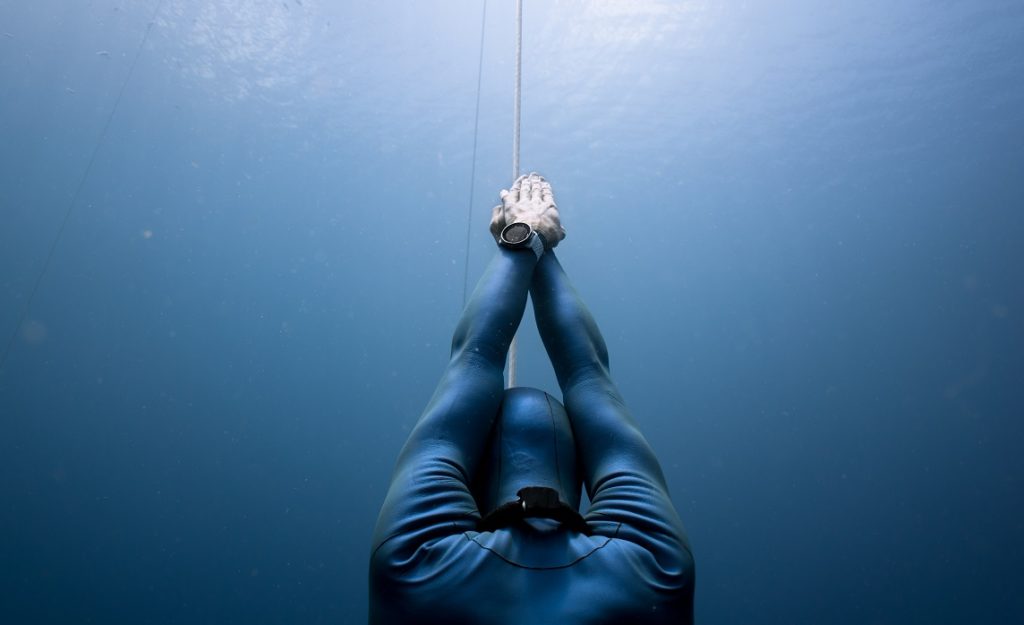 Responsibility has no limits

Suunto also shared a message to its dive distributors and partners, encouraging them to take action to honor the World Oceans Day – even if just to collect garbage.

“Suunto is committed to the constant improvements we need to make to effect change in our oceans. We are on a path that goes forward and changes its shape as the world around us changes”, said Juha Ala-Laurila, Dive Business Unit Director at Suunto.

Ala-Laurila points out that responsibility work is a never-ending task.

“Right now, we are expanding our responsibility operations beyond the limits of our own business. The plastic waste in the oceans is a huge problem, and, as a part of the diving community, we want to be involved in solving it”, said Ala-Laurila.